To share your memory on the wall of Deborah Hill, sign in using one of the following options:

Please be reminded that even with relaxed restrictions, all Government issued COVID-19 protocols must be followed. Condolences to the family of the late Deborah Hill may be posted online at www.tudorsfuneralhome.com. The service may be viewed via livestream at https://sharingmemoriesforever.live/DeborahHill
Read Less

Consider providing a gift of comfort for the family of Deborah Hill by sending flowers.

We encourage you to share your most beloved memories of Deborah here, so that the family and other loved ones can always see it. You can upload cherished photographs, or share your favorite stories, and can even comment on those shared by others.

Posted Apr 24, 2021 at 07:12pm
Beverly, we offer our heartfelt condolences to you and your family on the loss of your mom, Maxine. May she Rest In Peace and Rise in Glory. May the God of comfort give peace during this difficult time.
From Michelle Holder-Cadle and family.
Comment Share
Share via:
SV

Posted Apr 23, 2021 at 06:46pm
Beverley, I extend my sincere condolences to you, your dad and your entire family. May you experience God's comfort during this difficult time.

Posted Apr 23, 2021 at 05:01pm
To Beverley, Debbie and Family;
Sincere condolences to you and your family on the loas of your mother. Maxine was such a kind and generous person and it was a great privilege to have had her as a friend. May you always feel her presence within your hearts.
Comment Share
Share via:
M

Please accept our condolences in this time of your loss, separation is never easy .
May the arms of God continue to comfort you at this time. 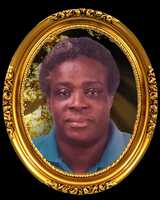